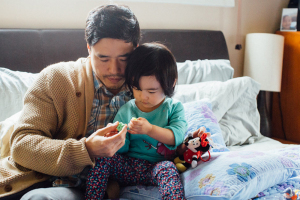 The latest hottie in our insightfully mediocre poetry series is Randall Park, an actor who’s been working in the entertainment industry for over two decades. You might recognize him as Lt. Danny Chung in Veep, “Asian Jim” in The Office, father Martin Fukanaga in Nickelodeon’s Supah Ninjas or Chris Park, a “Dog Daycare Owner” in the Chase Ink business card commercials.

At the end of last year, even if you didn’t see him in the Seth Rogen/James Franco comedy The Interview, you saw him 24/7 playing Kim Jong-un on every single news channel talking about The Interview.

Since February 2015, he can be seen as the warm, optimistic father Louis Huang in the ABC Taiwanese American family sitcom Fresh Off the Boat, based on writer/restaurateur Eddie Huang’s memoir of the same name. The series takes place in the 1990s, the fashion-forward decade of Hawaiian shirts, mom perms and athletic breakaway pants.

In real life, Park is a father to 2-year-old Ruby, who was the star of Park’s winsome 2013 web series, Baby Mentalist, where she outsmarted shady tattooed criminals and even gunned them down if necessary.

So how does the busy Hollywood dad stay so hot while keeping another smaller human being alive? Let’s break out the haikus. 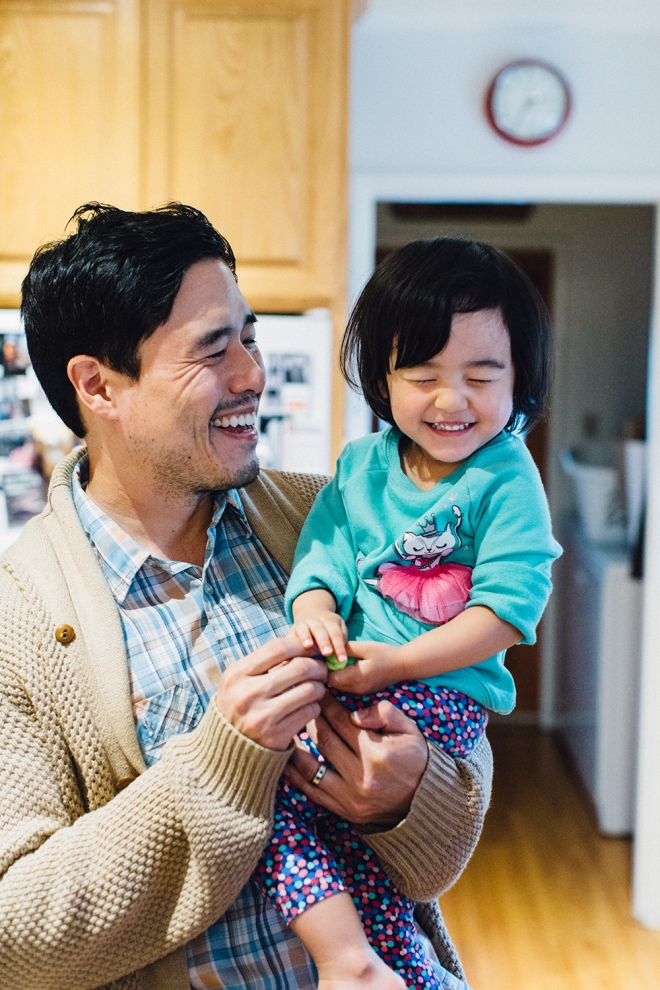 Randall:
I pick up my kid
Then I put the kid back down
Then I eat some cake.

Your fresh, dewy skin
Soft as a baby’s bottom
What is your secret?

Randall:
Besides eating cake
A lack of sleep works wonders
Also, use lotion.

Star of groundbreaking
TV show … or father of
crime-fighting baby?

Randall:
It’s all great to me
But nothing beats being her
Daddy in real life.

This article was originally published in the Spring 2015 issue of Audrey Magazine.