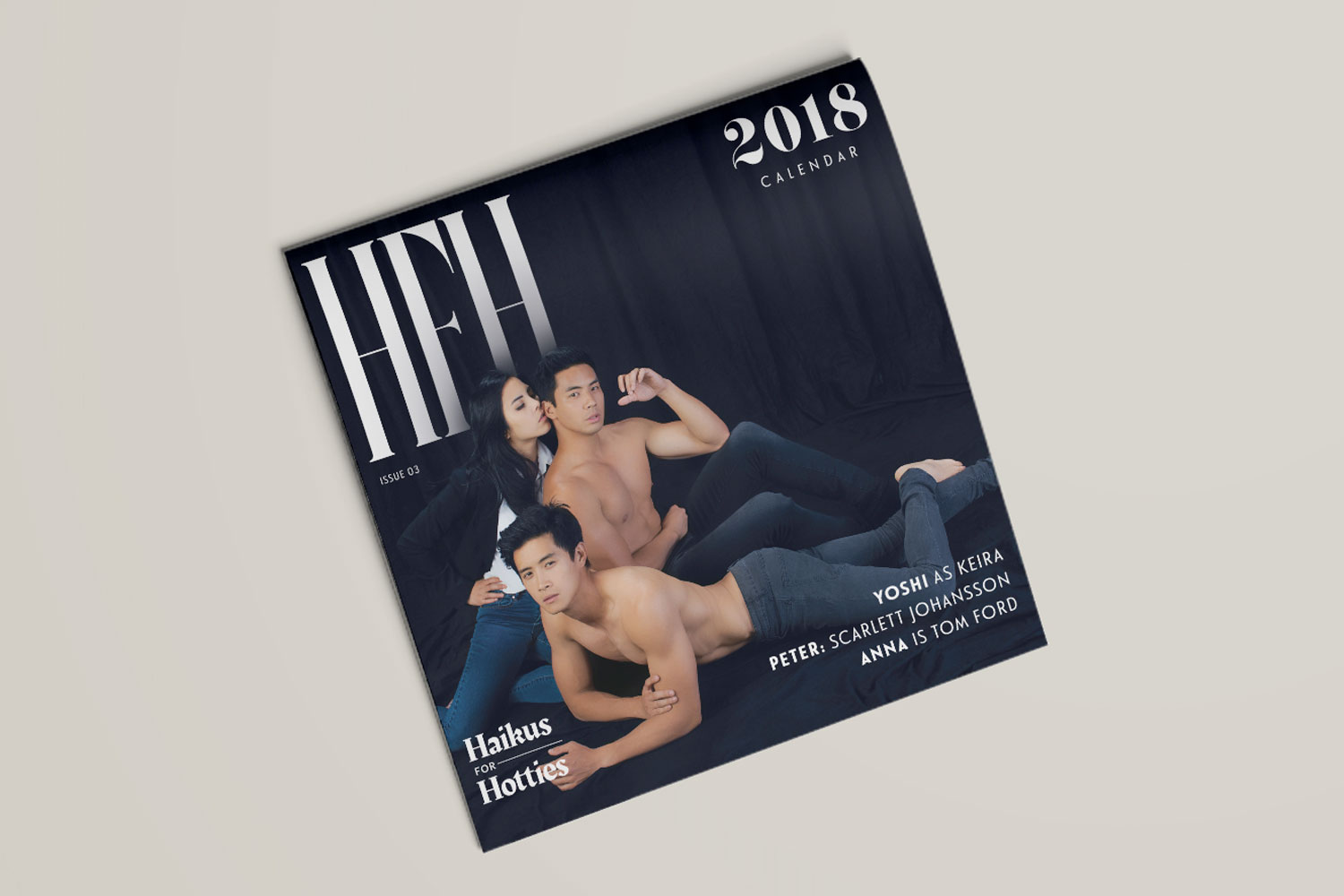 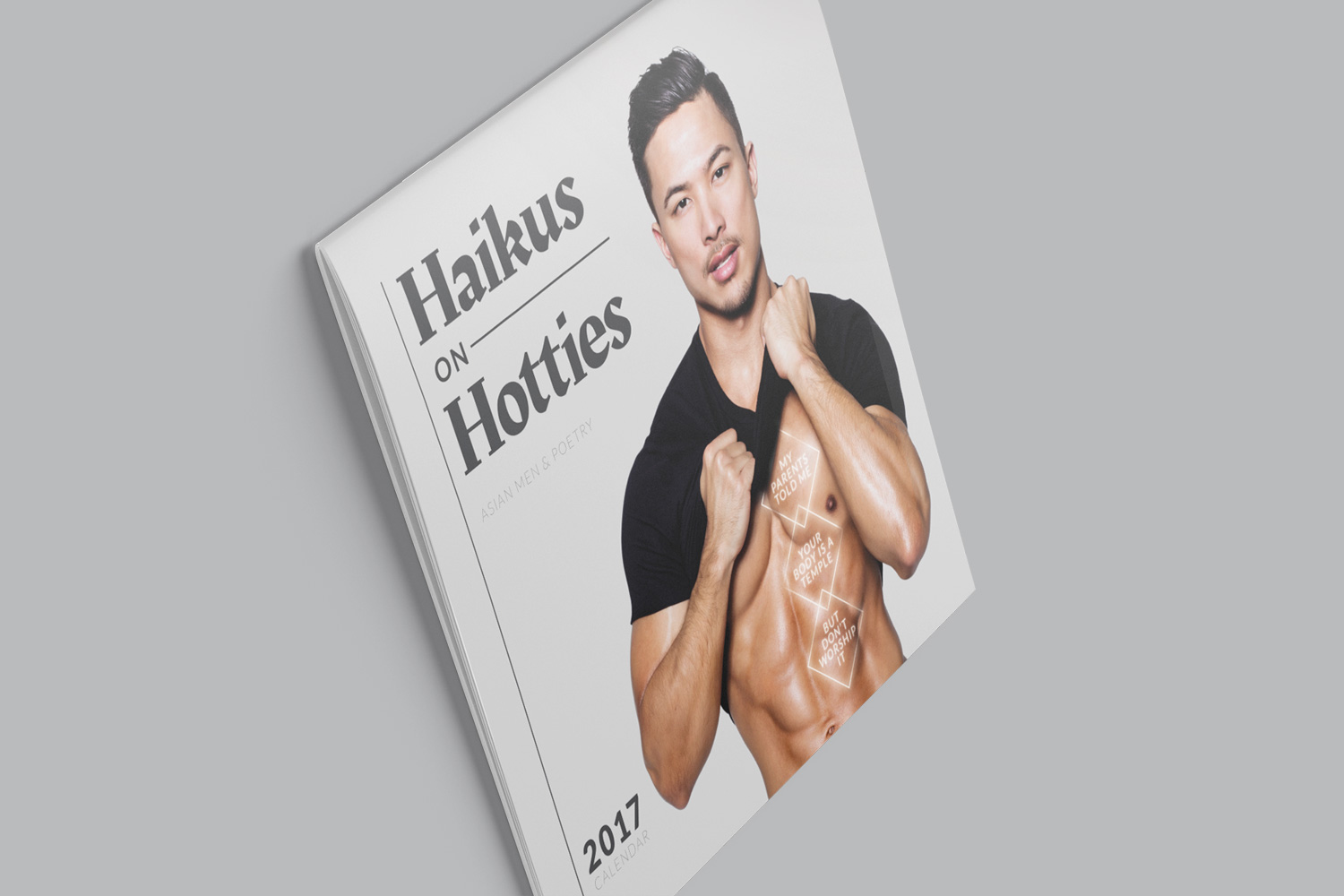 Part sincere appreciation and part tongue-in-cheek spoof, the non-award-winning photo and poetry series Haikus With Hotties, created by Ada Tseng, was launched in Audrey Magazine in 2013 with Godfrey Gao, the first attractive man who we asked to express hotness through Japanese poetry. Since then, we’ve featured a variety of talented Asian-hyphenated men doing interesting things in the media.

Hotties all year round

Haikus With Hotties released its first calendar in 2016 after Kickstarting with our ambassadors, Yoshi and Peter Sudarso. 2017 brought a second calendar with a new twist: “From the makers of Haikus With Hotties now comes Haikus *On* Hotties.” And in 2018, the fans were invited to participate in the fun and write Haikus *For* Hotties. We return to the basics for our 4th annual hot Asian man calendar: Haikus With Hotties.