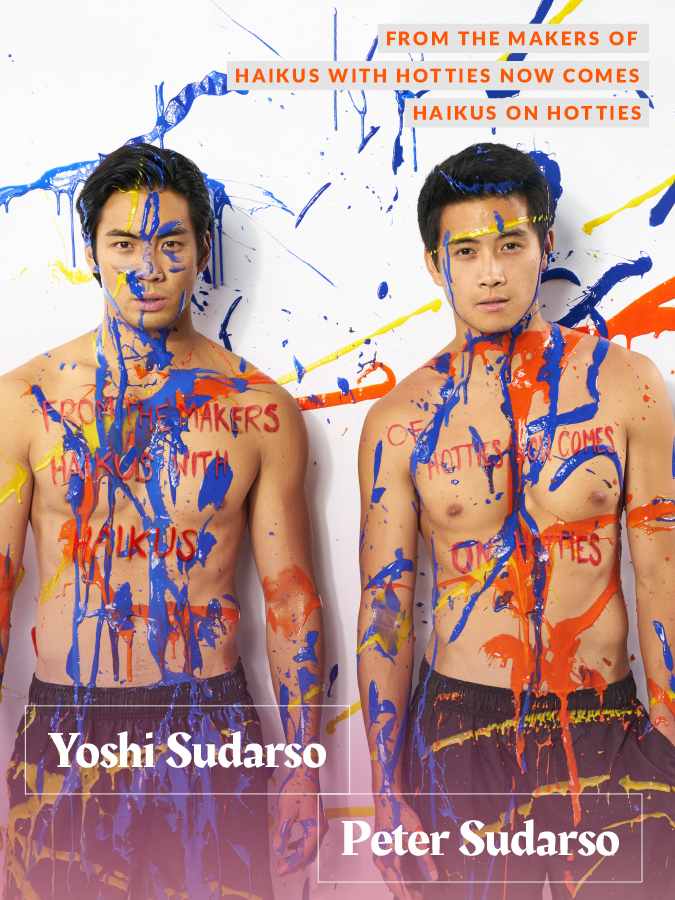 Who: Yoshi and Peter Sudarso

Hottie Bio: What can we say about the Sudarso brothers that isn’t already apparent by the fact that they’ve clearly won the genetic lottery? The Power Rangers Blue Ninja – the role which Yoshi handed over to Peter this year – has never been so crush-worthy.

Actor/Stuntman/Model Yoshua “Yoshi” Sudarso is a Chinese American born in Indonesia and moved to Los Angeles at the age of ten. He and his brother, Actor/Model Peter Adrian Sudarso, developed a fan base through social media by creating YouTube videos, doing fashion blogging, and cosplay. He has done commercial work for Samsung, Sony; and stunt work for multiple films including The Maze Runner, Dark Rising, Masterless, etc. Having discovered his passion for martial arts watching Power Rangers and Jackie Chan movies, his starring role in Power Rangers Dino Charge as the blue ranger “Koda” is a perfect addition to his acting resume.