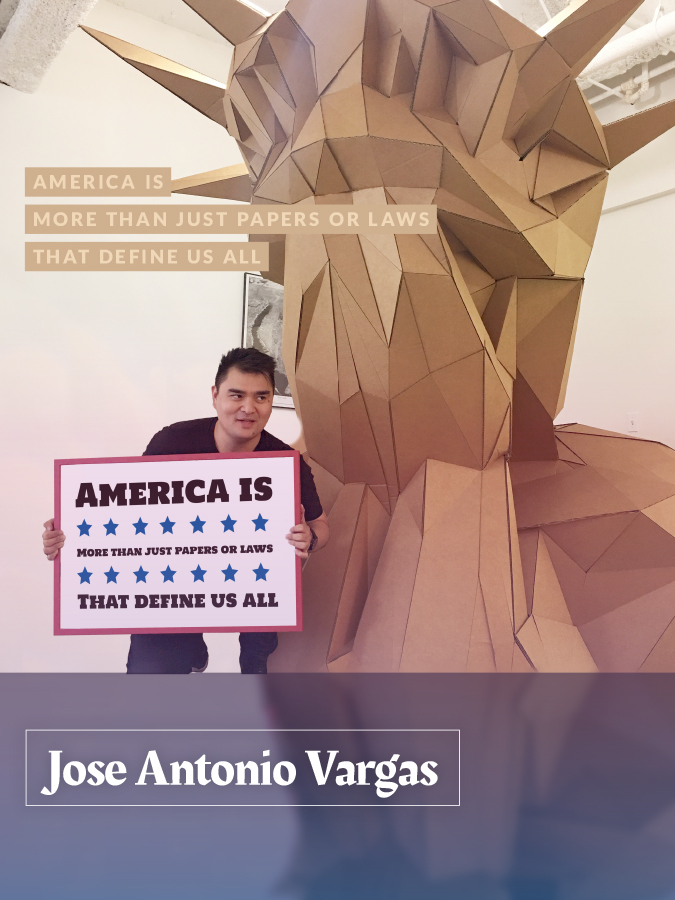 Hottie Bio: A Pulitzer Prize-winning journalist, activist, and co-founder of Define American, Jose Antonio Vargas embodies hotness to the core, getting down and dirty as he shifts the conversation about immigrants in America.

Jose Antonio Vargas is a Pulitzer Prize-winning journalist, filmmaker, and media entrepreneur whose work centers on the changing American identity. He is the founder and CEO of Define American, a non-profit media and culture organization that seeks to elevate the conversation around immigration and citizenship in America; and the founder of #EmergingUS, a media start-up that lives at the intersection of race, immigration, and identity in a multicultural America. #EmergingUS is the first-ever media property owned by an undocumented immigrant.

In June 2011, the New York Times Magazine published a groundbreaking essay he wrote in which he revealed and chronicled his life in America as an undocumented immigrant. A year later, he appeared on the cover of TIME magazine worldwide with fellow undocumented immigrants as part of a follow-up cover story he wrote. He then produced and directed Documented, a documentary feature film on his undocumented experience. It world premiered at the AFI Docs film festival in Washington, D.C. in 2013, was released theatrically and broadcast on CNN in 2014, and received a 2015 NAACP Image Award nomination for Outstanding Documentary. Documented is now available on various digital platforms.

In July 2015, MTV aired, as part of its “Look Different” campaign, White People, an Emmy-nominated television special he produced and directed on what it means to be young and white in contemporary America.

The media’s evolution and the rise of the digital era has guided his career. He has written for daily newspapers (Philadelphia Daily News, San Francisco Chronicle) and national magazines (Rolling Stone, The New Yorker), and was a senior contributing editor at the Huffington Post, where he launched the Technology and College sections. Prior to that, he covered tech and video game culture, HIV/AIDS in the nation’s capital, and the 2008 presidential campaign for the Washington Post, and was part of the team that won a Pulitzer Prize for covering the Virginia Tech massacre. In 2007, Politico named him one of 50 Politicos to Watch. His 2006 series on HIV/AIDS in Washington, D.C. inspired a documentary feature film, The Other City, which he co-produced and wrote. It world premiered at the 2010 Tribeca Film Festival and aired on Showtime. He has appeared on an array of television programs, including: Good Morning America, The O’Reilly Factor, Real Time with Bill Maher, The Colbert Report, Univision’s Aqui y Ahora, and The Filipino Channel’s Balitang America.

He is a very proud graduate of San Francisco State University (‘04), where he was named Alumnus of the Year in 2012, and Mountain View High School (‘00).

He lives in Los Angeles, California.