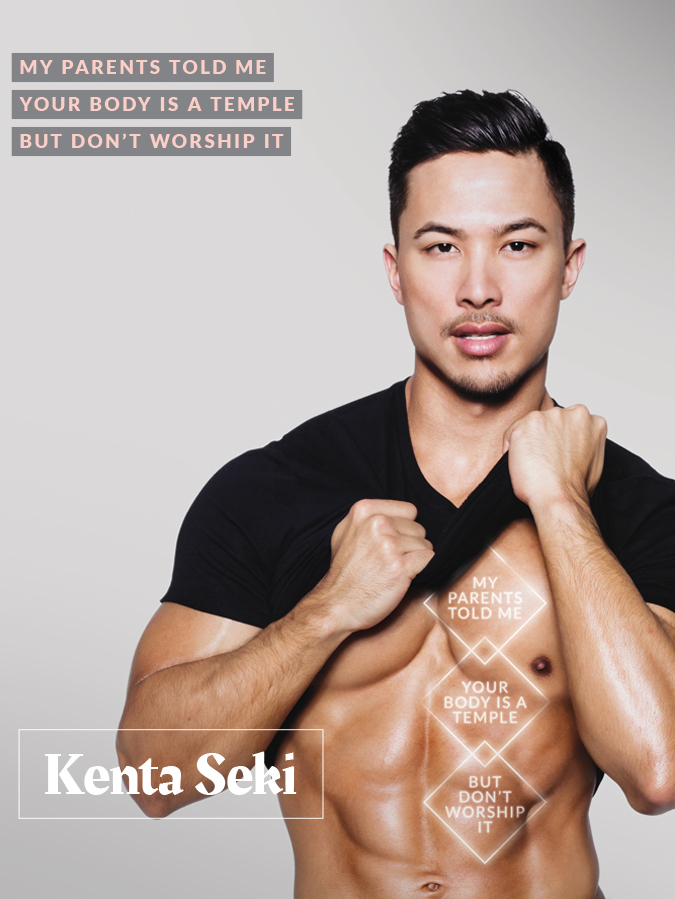 Hottie Bio: Kenta Seki is a celebrity trainer (Just Jillian, FitFusion) most known for his work with fitness icon Jillian Michaels. He was the winner of an online vote to determine whom fans most wanted to see on the cover of their 2017 Haikus On Hotties calendar. It’s important to note that Kenta’s hotness goes well beyond his muscles, which he often puts on generous display. He’s all about motivating people to live a happier and healthier life.

More: Kenta Seki is a personal trainer and group fitness instructor based out of his hometown of Los Angeles. His whole life pretty much involves health & fitness, and always has since he first discovered it when he was a kid. His first love was Yoga- he got into it when he was around 9 years old. One of his first jobs was a Yoga instructor, he became a personal trainer, then got into fitness modeling and was fortunate enough to book all kinds of fun jobs with some of the biggest companies in the industry. But he’s most proud of his work with fitness icon Jillian Michaels, who he’s proudly been working with for over 6 years.