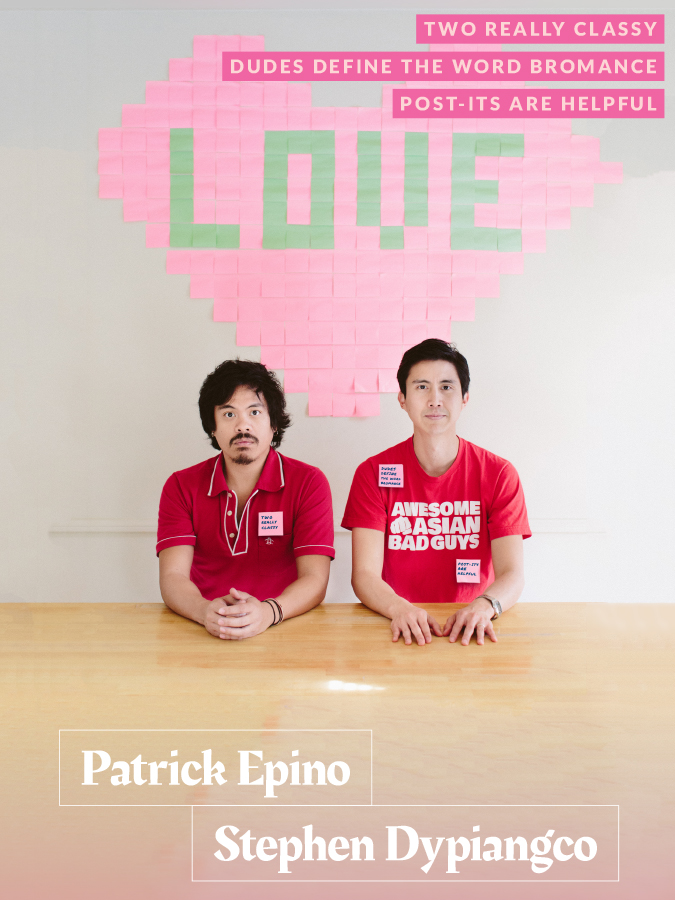 Hottie Bio: These dapper gentleman, known as the National Film Society, star in YouTube videos where they stare into the camera and try not to blind you with their beauty. They also created the super sexy web series, Awesome Asian Bad Guys.

More: The National Film Society is a digital movie studio co-founded by filmmakers Patrick Epino and Stephen Dypiangco, who decided to take their talents to YouTube. With a uniquely brainy and offbeat style, NFS produces original content, collaborates with talented creators and explores the world of pop culture. Part of PBS Digital Studios. NFS raised over $54,000 on Kickstarter for their feature film Awesome Asian Bad Guys, an action-comedy about a motley crew of washed up Asian bad guy actors that joins forces to take down Los Angeles’ most nefarious mob boss. It celebrates the Asian villains Patrick and Stephen grew up watching on TV and in movies and is available to watch here.