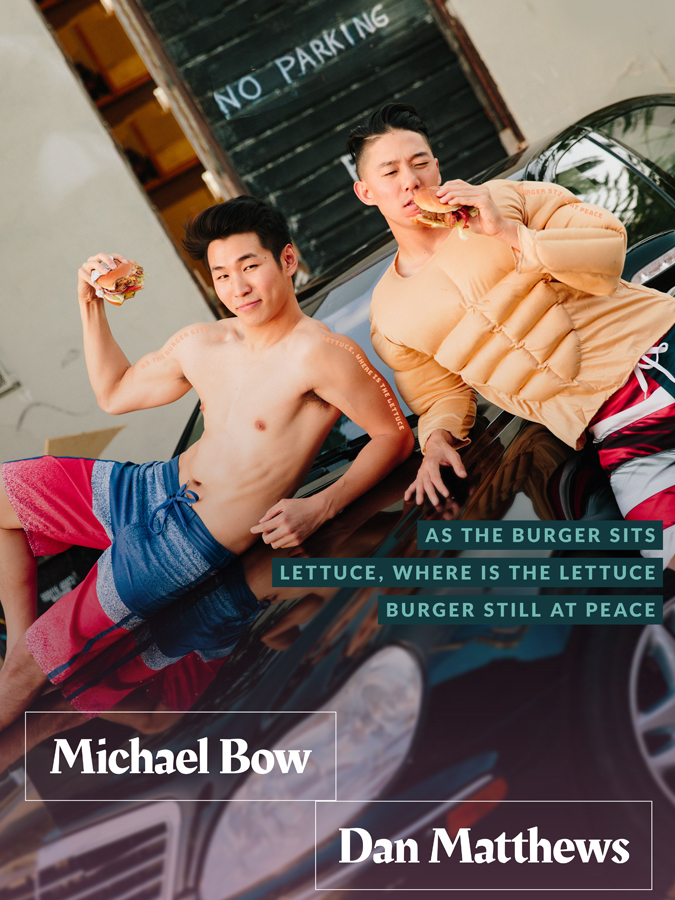 Who: Michael Bow and Dan Matthews

Hottie Bio: Wouldn’t those Carl’s Jr. commercials be so much hotter if they starred Michael Bow and Dan Matthews? Mike is known to Wong Fu fans as “the hot best friend,” while rapper Dan Matthews (danAKAdan) routinely works crowds into a frenzy, while he’s not filming documentaries about his experience as a Korean American adoptee. Together, they are the faces of ISAtv.

Michael Bow is an actor, known for The Maze Runner, Comfort and Yellow Fever 2 . He is a host at ISAtv and produces videos on his YouTube channel, MikeBowShow. He starred in the Wong Fu Production video “My Best Friend Is Hot,” which has garnered over 1 million views.

DANakaDAN is an alternative hip hop artist based in Los Angeles, CA. He recently produced a documentary series detailing his very personal journey with meeting his biological family for the first time, including an identical twin brother he never knew about (who also raps). The documentary was produced alongside Mayrok Media+Arriang TV and has been released via ISAtv, Hulu, and Drama Fever. Dan also released a companion full length album, “Stuntman,” which chronicles his experience with adoption, addiction, self, and identity. It features appearances by Kero One, Clara C, David Choi, AJ Rafael, Priska, Paul Dateh, Paul Kim, and Travis Graham. He currently works as the Director of Productions at International Secret Agents, an Asian American media network founded by Far East Movement and Wong Fu Productions.