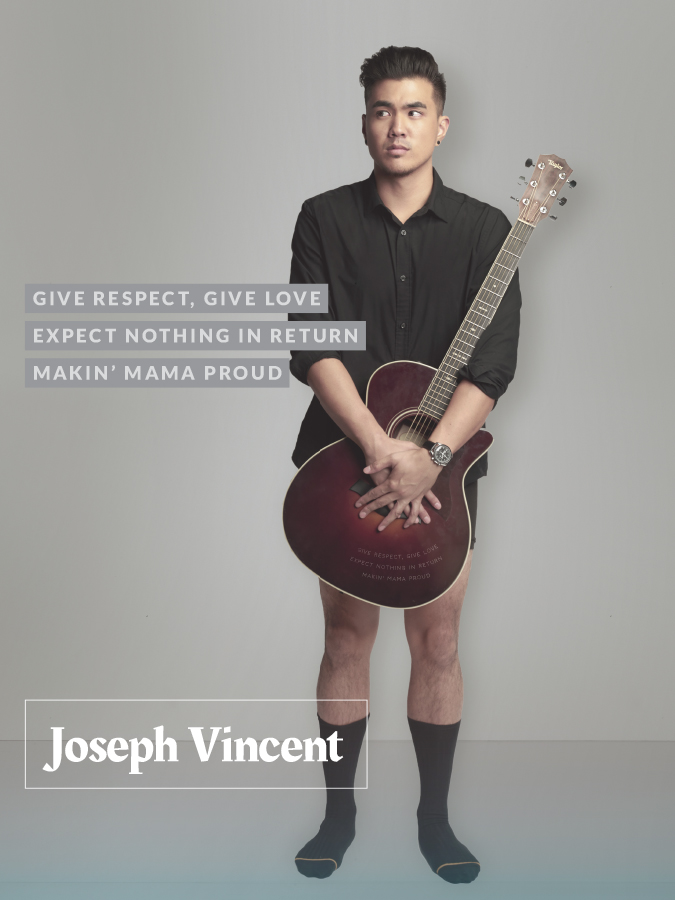 Hottie Bio: Joseph Vincent is the always adorable singer/songwriter that continuously makes you believe in love again. He may or may not have been wearing pants when he recorded his latest EP, Here’s 2 You… just for you.

Joseph Vincent is an acoustic singer-songwriter who was born and raised in heart of the San Fernando Valley in Southern CA. Growing up Joseph’s ear for music extended to all genres, from hip-hop to pop to rock to folk. Picking up his first guitar at the age of 15, Joseph started playing covers of two of his main musical influences (Jack Johnson and Jason Mraz) which sparked his passion and interest for creating his own music. As an early adopter of new media, Joseph’s YouTube channel has received over 556,000 subscribers with over 100 million video views. In 2009. Joseph went on to enter Kababayan Superstar, a contest produced by Southern California’s local Filipino news station Kababayan LA-18, and took the top prize. After launching an online voting contest, Australia-based Star Central Magazine named Joseph “Youtube Artist of the Year 2009” In April 2010, Joseph was featured on NBC’s The Ellen Degeneres Show for their “Wonderful Web of Wonderment” segment, where he performed his acoustic cover of Iyaz’s “Replay.” Just weeks later, he was invited back as the featured artist to perform Mike Posner’s “Cooler Than Me” for Ellen and her nationwide audience. In 2012 Joseph released his debut album, Blue Skies, which contains 11 songs all written and composed by Joseph. He has put out several singles since then (such as “All I Wanted”, “Stardust”, & “Our First Song) and is currently working on his follow up EP “Here’s 2 You” which will be released later this year.