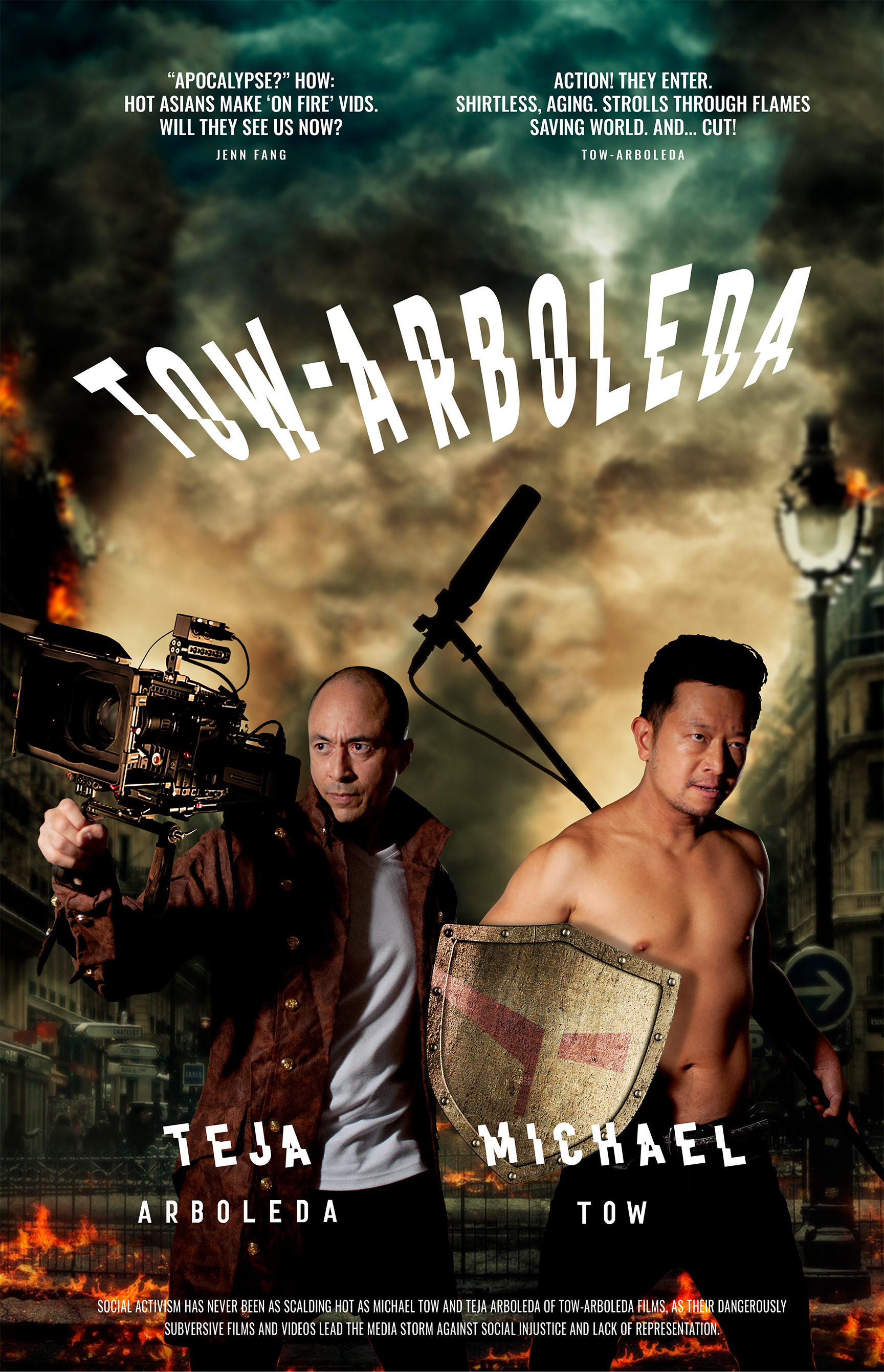 Hottie Bio: Social activism has never been as scalding hot as Michael Tow and Teja Arboleda of Tow-Arboleda Films, as their dangerously subversive films and videos lead the media storm against social injustice and lack of representation.