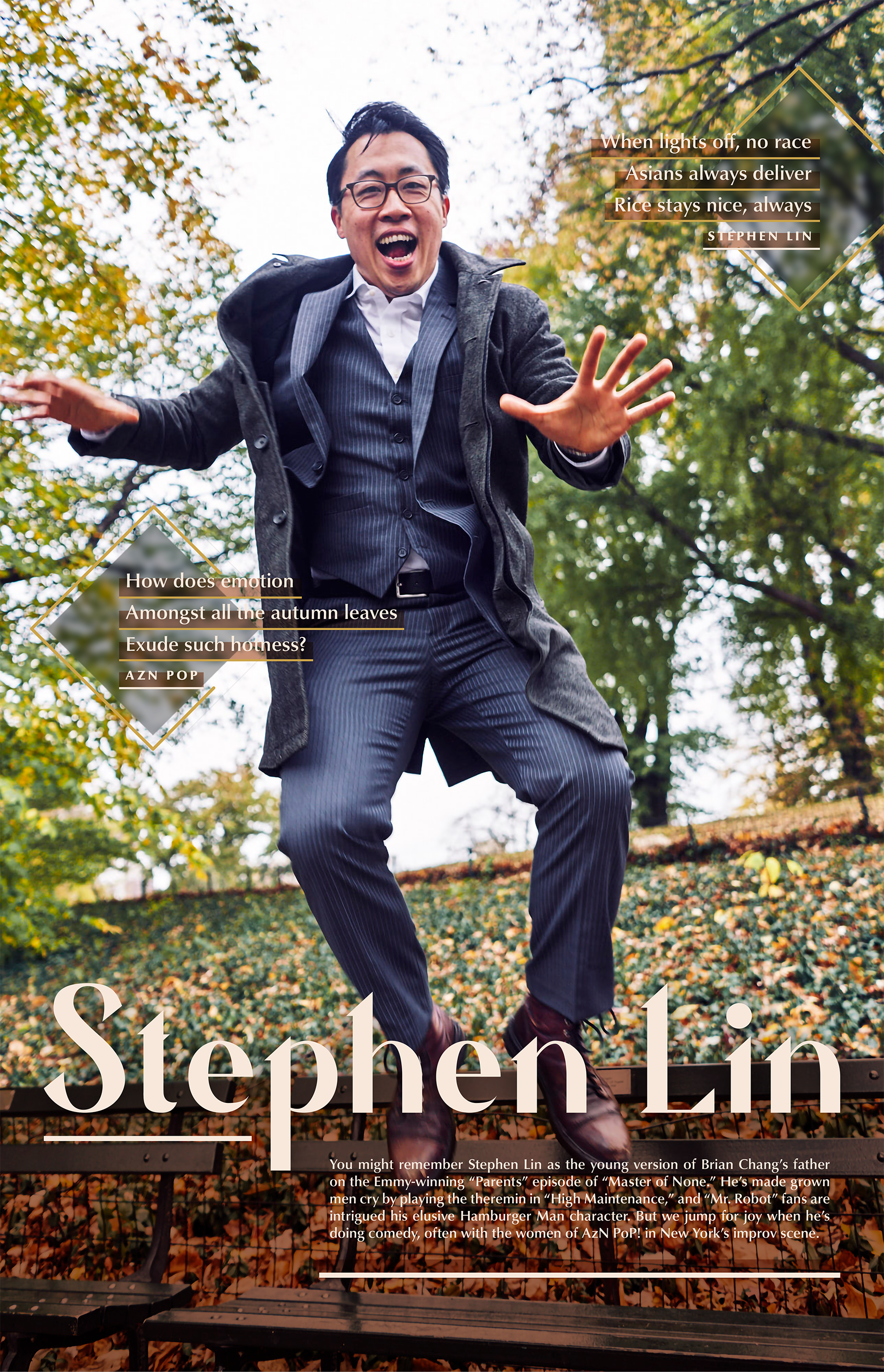 Hottie Bio: You might remember Stephen Lin as the young version of Brian Chang’s father on the Emmy-winning “Parents” episode of “Master of None.” He’s made grown men cry by playing the theremin in “High Maintenance,” and “Mr. Robot” fans are intrigued his elusive Hamburger Man character. But we jump for joy when he’s doing comedy, often with the women of AzN PoP! in New York’s improv scene.