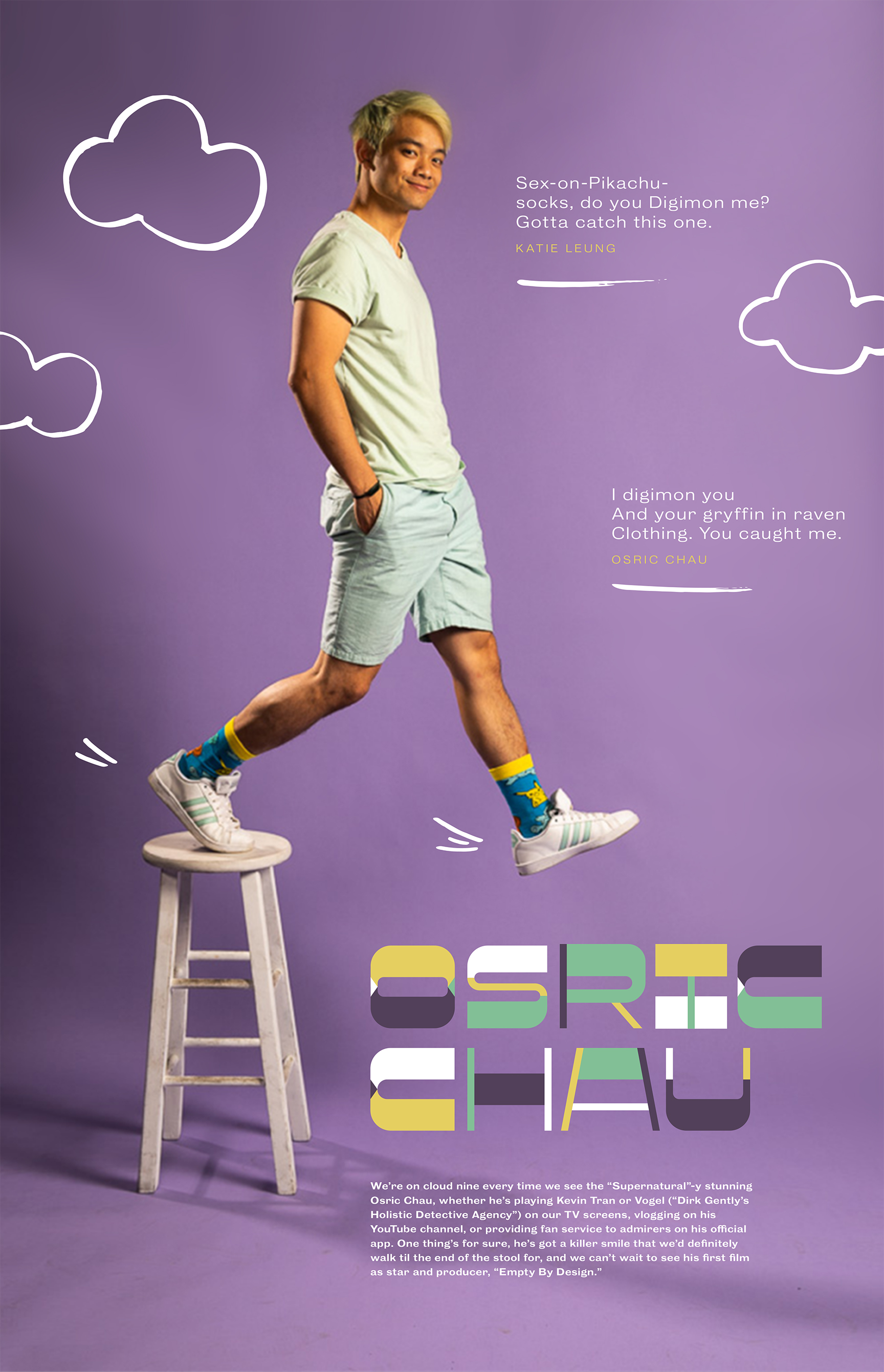 Hottie Bio: We’re on cloud nine every time we see the “Supernatural”-y stunning Osric Chau, whether he’s playing Kevin Tran or Vogel (“Dirk Gently’s Holistic Detective Agency”) on our TV screens, vlogging on his YouTube channel, or providing fan service to admirers on his official app. One thing’s for sure, he’s got a killer smile that we’d definitely walk til the end of the stool for, and we can’t wait to see his first film as star and producer, “Empty By Design.”

Haiku: Katie Leung—Scottish film, television, and stage actress. She played Cho Chang, the first love interest for lead character Harry Potter in the Harry Potter film series. In 2012, Leung made her stage debut in the play Wild Swans. Leung has an interest in painting and photography and studied art and design at the University of the Arts, London. @_katieleung_