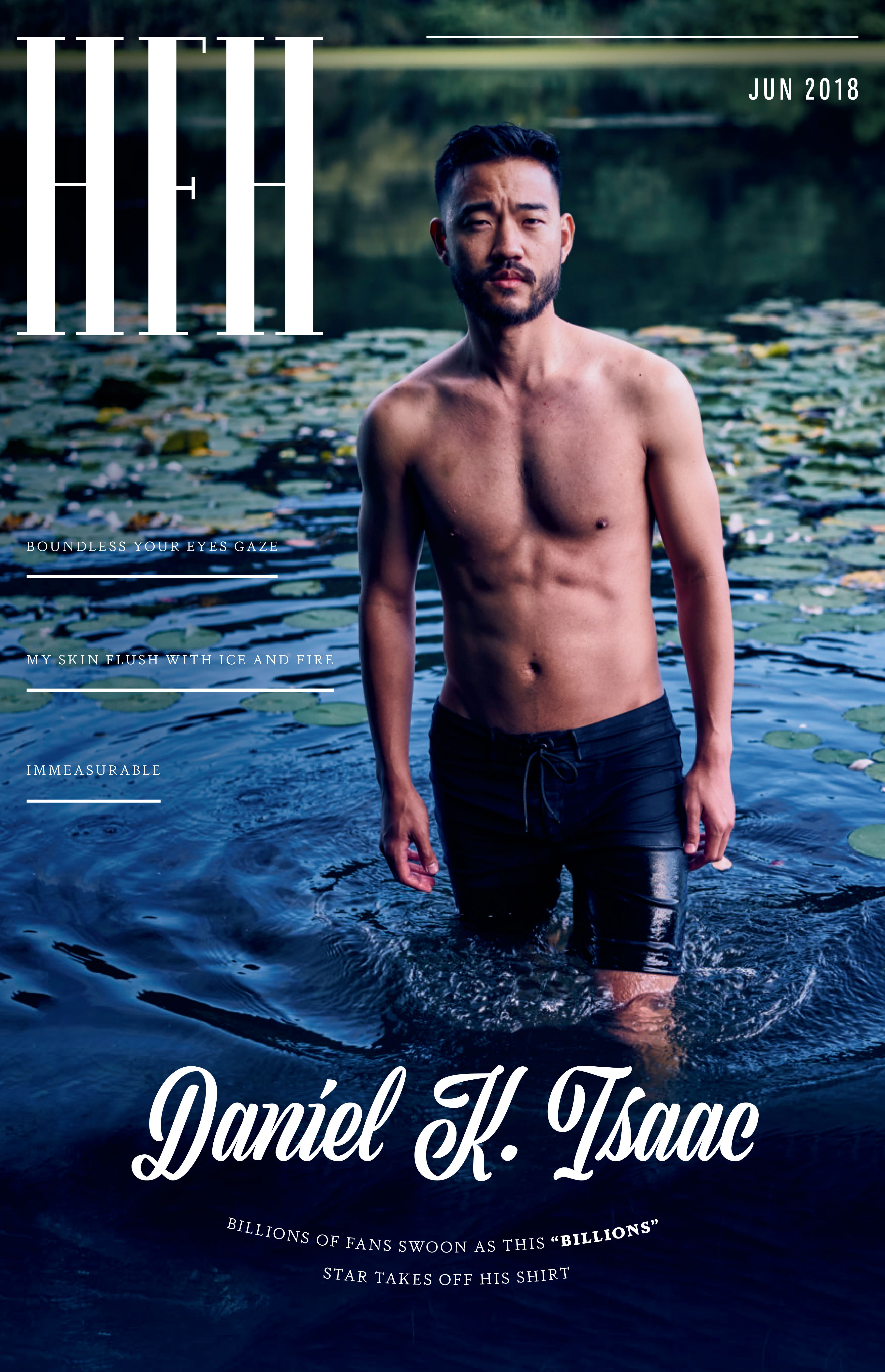 Hottie Bio: Daniel K. Isaac is an actor/writer that is currently most known for his role as Ben Kim in the Showtime TV series, Billions.

But we’re most excited about his award-winning pilot According To My Mother (trailer in the comments), which started out as Daniel posting funny conversations he’s had with his “ultra-conservative, uber-Christian Korean American single mother,” who didn’t quite approve of his homosexuality. It played at film festivals like Outfest and CAAMfest earlier this year.

Also, billions of fans swoon as this “Billions” star takes off his shirt. I mean, it’s written on a magazine cover so it must be true.